Home
Dating Blog
Dating Tips for Her
See if Your Ex Still Loves You, Even if He Insists That He’s Over You 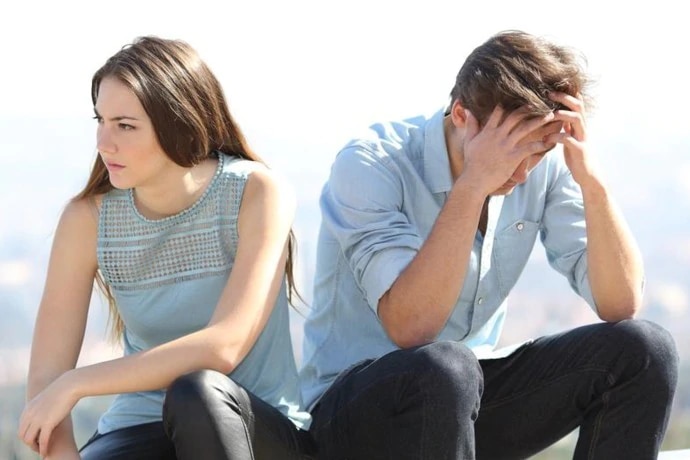 How many times have you treated the time after you break up with someone as a free for all? We mean that you feel like you can do whatever you want and you will do whatever you want, but instead of giving your ex any say in the matter, they just have to sit back and take it.

We mean pulling antics like sending drunk texts in the middle of the night and then not responding to their replies the following day.

Or commenting on a post on Facebook and then blocking them a few days later? Or ignoring you when you are out and you happen to run into them. Or, this is the worst, getting angry when they start seeing someone new, but you’ve been talking to someone for a while.

Chances are, you might have done one or all of these things at least once in your lifetime and even more of a possibility, you’ve had it done to you. You understand that it isn’t fun and it can leave you completely confused. Keep in mind that the signs we’ll be discussing below may indicate he has feelings for you, but don’t get your hopes up because he may not want to get back together with you. However, if you use these tips, he may change his mind.

1. He drunk texts or calls you. Alcohol is like a truth serum and it can make him say what’s on his mind. Alcohol also clouds your judgments so when the rational side of the brain tries to tell you that this isn’t a good idea at all, it’ll turn into something completely different.

Tip: If he does call you and you can clearly tell that he’s wasted, don’t open up to him. If he asks how you feel about him or anything along those lines, tell him that you would much rather talk about it when he is sober. Sadly, he may not even remember that part of the conversation so that talk may never happen.

2. He’s hot and cold with you. Some days he’s all up in your space, making things feel like they never changed. Then other days he is mean to you or straight up ignores you. The primary reason why he does this is because he’s confused about the whole situation. His brain might be saying one thing while his heart is saying another.

Tip: Don’t play into it. If he asks you to hang out and then flakes on you, don’t let it show. After the break-up, you’re going to have to stay strong and put some distance between you two.

3. He tries to make you jealous. Does he go to the same places you do with another girl in tow? Is he posting how happy he is with his new bae on social media? It’s probably because he is trying to get you jealous, but what he doesn’t realize is that it is actually showing how much he still cares for you. Otherwise, he wouldn’t care what you think.

Tip: Again, don’t play into his childish antics. If he wants to date other people, fine, but if he feels like he has to flaunt it in your face, simply ignore it because it’s clear that he’s still hung up on you.

When relationships end, we don’t always play fair to our exes. We don’t know how to cope with the loss of the relationship, so we go out of our way to make things more confusing, not only for our exes but for ourselves as well. Keep an eye out for these three behaviors to see how your ex-feels about you.