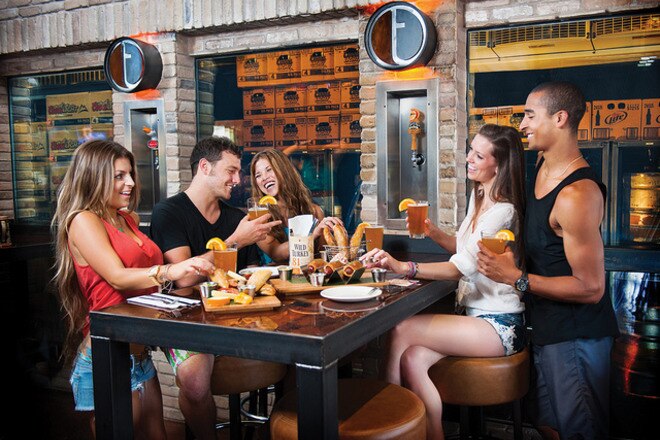 Some people say that you can’t meet a quality man at the bar, but there are some who say that you can. People are often under the misconception that quality men don’t go to bars, but that isn’t always the case, as they still need a chance to unwind and relax.

Whatever the case may be, if you can’t find Mr. Nice guy at the bar, you’ll almost run into one of these eight guys.

This guy wants you to know that his pockets are packed with money (or at least he’ll let you think they are). He doesn’t mind buying you and everyone else drinks and he will almost always say “put it on my tab” or something of the like. This guy is generally the one who will take a picture of his tab at the end of the night so he can brag on social media about how he is ballin’.

This guy goes big and doesn’t go home… What we mean by this is when he drinks, he really drinks and he tends to get sloppy. He doesn’t mind his manners and he may even spill his drink on you. Sloppy guys can’t remember your name, a conversation he may have had with you, their manners, and to be honest, they don’t even care.

This guy is the one that is a regular at the bar and the bartenders knows his order, his name, and probably could even tell you his sad life story. This guy will come into the bar acting like he is hot stuff, but in reality, he is forgettable to the bartender, the patrons, and anyone else who goes to that bar.

This guy lets you know how much the bill was and tells you how much you owe, right down to half of the tip. This kind of guy is the one that will come up to you, flirt, chat, and come off as a great guy with charisma. However, you should also take notice that he is sipping on water and hasn’t offered to get you a drink.

This guy believes everything is owed to him and that you should consider yourself luck that he is even talking to you. Needless to say, this guy is a jerk. Period.

This guy oozes charisma and he knows how to woo anyone. He may have a great pick up line that really intrigues you, but chances are that you weren’t the first person to hear that witty line tonight and you probably won’t be the last either.

This guy has a sad story to tell and is looking for someone, anyone, to tell it to. He could have just lost his job, suffered a heartbreak, dog died, or maybe he just wants to reminisce on better times at the bottom of a beer glass. Whatever the case may be, he’s depressing to be around and will only drag you down with him.

This guy gives off some weird vibes that leave you feeling uncomfortable. If he gets too close and you’re uncomfortable, move away asap.