Home
Dating Blog
Dating Tips for Her
Is It Possible to Take Men Too Seriously When They Tell Me Lovely Things? 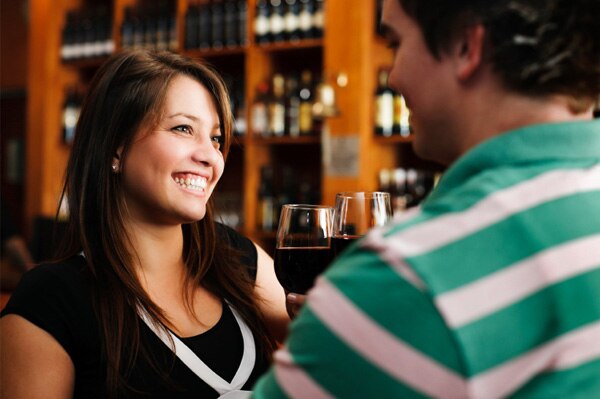 What do you do when you start having one-night stands with men you’ve met online, but you start to fall for their lovely words? You’ve done this before and was able to stay unattached, but lately, you’re left wondering if you are coming on too strong or if you take them too seriously.

For example, you’ve spent almost a whole day (and night) with a particular fellow. You’ve laughed, enjoyed each other’s company, finish each other’s sentences, and stare at one another with something that could be considered as affection. What happens when right before you are to hang out again, they cancel plans and say that perhaps things would be better if left as it is.

Is it possible that you take men too seriously when they show signs of affection? Or could it be that you read too far into the other person’s actions?

Have you ever noticed that when women are the ones that spout off loving things, such as saying they want to spend time with you again, they think you would be a good pair, or they look at you in a tender way, they are thought of as too clingy—too needy? However, when a man does it, women fall head over heels and think that “he’s the one”? Women have been “trained” to behave in a manner that suggests they want a commitment whereas men do not, and when ladies finds a guy who opens his heart is perceived as charming and sensitive. Unfortunately, women let these things get to them and they are almost always disappointed.

We aren’t saying that you shouldn’t trust men completely, instead you should be skeptical of guys who tenderly stroke your hair and ply your ear with sweet nothings all within the first few hours of meeting. Most likely, these men have their own agenda and they certainly don’t have you as a priority, as they don’t even know you yet.

To avoid these situations completely, make sure your first date is nothing more than coffee. This prevents any awkward moments (like hair stroking or longing eye gazing), and you should definitely make sure there isn’t any alcohol involved. Should the first date warrant a second date, then you can let your guard down a wee bit.

Even after a second date, you’ll still want to take it slow. Sometimes guys are keen on what goes through a woman’s mind and if they are truly determined to sleep with you, they just may go the distance… Meaning they will go on a few more dates in order to get what they want.

Be that as it may, your willingness to read further into the date than intended isn’t a mistake that you alone make. It isn’t even a mistake, per say. It is your heart telling you that you’re ready for something serious and you hone in on that. It’s not your fault that those tender gestures, charming words, and romantic actions say one thing when his intentions are for something completely different.