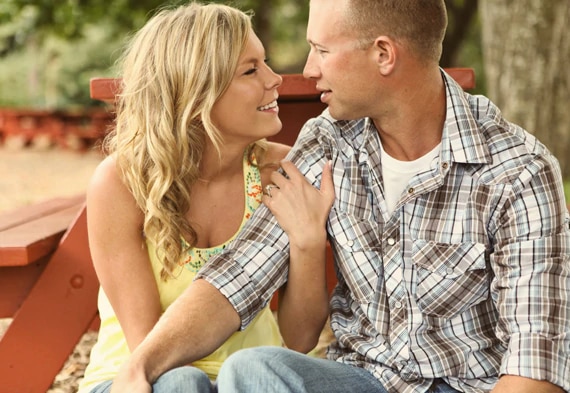 The men in our lives expect a lot, and they often want things that they don’t tell us.

Instead of letting him feel like you aren’t interested in what he wants, here are some things that many men want from the women in their lives, but just don’t ask.

Almost all men want some form of space from the women in their lives every now and again. When you are around them 24/7, men tend to feel suffocated, and truth be told, men simply do not like women who are clingy. It’s one of the biggest reasons relationships end! So, we recommend that you go out with your friends now and then. Let him go out with his boys. This space apart will be good for the both of you because it’ll make you appreciate each other all the more.

Who would have ever thought that men crave compliments almost as much as women do? Men want to feel appreciated too; it’s only natural. So the next time he does something that makes you smile, he looks great in a new outfit, or you’re just happy to see him, tell him! Remember, if you like hearing it, he will probably too.

Men wish that women would stop trying to change them and accept him for the man that he is. True love, after all, is about acceptance isn’t it? There may be some things about his personality that you don’t particularly care for, but if they aren’t too big, you should learn to deal with them. Sorry sister but a man is so much more than stinky feet or an unshakable faith that the Dodgers may one day win the World Series.

Whether you are talking about how you feel about him, whether he satisfies you, or if his latest kitchen creation is delicious, he expects you to be honest. When you tell a lie, and he catches you in it, it only hurts him so much more. You should be able, to be honest with him and with that, he won’t have a reason to lose his trust in you. You see that? Trust and honesty go hand in hand!

You should be able to express to your man how much you love him. If you’re unable to verbalize or show him how deep your love runs with him, it could be a huge turn off for him. Men want to know that you cherish them as much as they cherish you.

7. More of your time

You know how he wants space? He also wants more of your time. When we say that we mean that the time that you do get to spend with one another, he wants you to focus on him and what is going on around you. So put down your phone and communicate with him and him alone. He’ll appreciate you so much more when he knows that he has your full attention.