Home
Dating Blog
Dating Tips for Her
3 Glaring Red Flags That He May Be Mr. Wrong 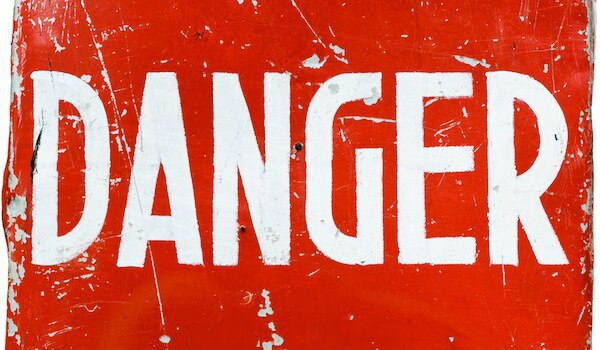 That guy who you’ve started dating may seem like the man you’ve been waiting for. You feel a deep connection with him and whenever you talk, the conversation flows freely for hours. When you go out, it’s so much fun and then when you leave his place in the morning, he says he’ll call you but then he never does.

When you text him, he may not respond until much later. When you ask to see him again, he makes up excuses and when you call him out about it, he tells you not to worry because he wouldn’t leave you hanging.

Even though he claims to do the right thing, he’s showing that he isn’t true to his word. Well, we hate to tell you that he gave you three huge red flags that you didn’t pick up on.

He claims that he is very honorable and does the right thing.

Sure he may say that he won’t leave you hanging, but until he proves otherwise, why would you believe him. The thing women fail to realize is that when you first meet this guy, he is going to be on his best behavior. He is going to say all the things you want to hear.

You shouldn’t take his word at face value. Yes, listen to what he says, but keep an eye peeled to see if his actions match. Listen to the stories and promises that come out of his mouth. If the stories don’t add up and he breaks his word, then you should stay away.

He changes his story.

What we are about to tell you may seem strange, but you should take notes when you talk to a guy. When he tells you a story, take a mental note of key elements and compare it with other things he may have said. You’ll want to listen to the promises and listen for personality traits he tells you about.

Then you should watch for the next few weeks to see if things stick. Remember men are on their best behavior when they want to woo you. When they think that they’ve got you, their true colors are more likely to come to the surface. If his story or his personality changes within the first few weeks, sorry but it’s a big red flag.

Pay attention to how he is after you spend the night with him.

One of the biggest red flags we can think of is how he treats you after you do the deed. If he says he’s going to call you later in the day but he “forgets” to or he was too “busy, it may be something you need to be wary about. Granted, maybe he really was busy, but it doesn’t take more than a minute to send a text to say as much.

Sadly, there are guys who will seem like Mr. Right in order to get you into bed, but once they do, they seem to disappear because of one reason or another. That isn’t a red flag, it is a glaring hazard sign.