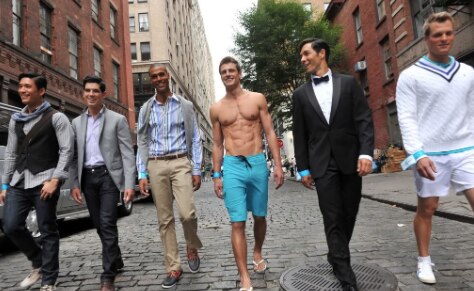 We all have that desire to be loved by a great partner; however there are so many of us who are dating people who aren’t the best choices for us, but why? Sure, looking back at your previous dating choices, it’s probably pretty obvious that you should have left him alone, but you didn’t. You fell for all of his charms, and then you find later he’s leading a double life and you’re about to be an innocent bystander who’s going to get hurt.

Here are seven type of men you should consider avoiding:

Just Out of a Relationship Guy

Woohoo! That hottie you’ve been checking out for the past few months has recently went back on the market. While you may be thinking this is your chance to swoop in and comfort his aching heart, you may want to reconsider that. While he may be out there looking for a new girlfriend, the chances are he isn’t really over the ex. You don’t want to be the rebound, right? So give it some time before you approach this guy.

Whenever your guy flips out over something small and insignificant, then this could be a big indicator that he has anger issues. This glaring red flag should tell you to stay as far away as possible. While he may seem like a great guy but when he loses his temper, he seems like a completely different person. Keep in mind ladies, you want someone who is responsive and isn’t reactive. You want someone who knows how to react to things in an appropriate manner.

Having ambition and drive is a great thing. Unfortunately when it takes over your life, work and money are the only things you focus on, thus detracting you from the things that really count in life. Your guy may have images of grandeur, but when he lets that get in the way of relationship time with you, then it’s a sign that his priorities are elsewhere and you aren’t even on his radar.

When you’re talking to someone, you make it a point to let them know what you are hoping for. You will probably tell them that you want a relationship and what you are hoping to get out of this relationship with them. Most couples usually have “the talk” pretty early on, so at least you won’t have to date this guy for too long before you realize his true intentions. You shouldn’t feel like you have to settle, so if the guy you’re talking to isn’t on the same page as you, then kick him to the curb.

On one hand you have the guy who is so focused, he doesn’t have time for anything else than his career and making that money. Then, on the other hand you have the guy who has no ambition whatsoever. He doesn’t make a conscious effort to improve his life, he is content with just coasting and flying under the radar. Granted there are some women who like this kind of coasting, not there aren’t that many who want someone that doesn’t have any passions for their lives. A man’s purpose in their lives is something that is so critical to their wellbeing, it can make the guy feel less like a man if he doesn’t have anything to strive for. So, if your man doesn’t feel like a man, what is he going to do for you? Absolutely nothing.

Too Attached to His Family Guy

There’s nothing wrong with being close to your family, however if your guy doesn’t lead an independent life away from them, then you aren’t going to have a healthy relationship because his family will always come first. You should know right off the bat where you stand and if he is serious about a relationship with you, he will have no problem making you first.

It can be hard to spot a narcissist because when they are being attentive, they are actually manipulating you so that you begin to worship them. There isn’t anything healthy about dating a narcissist because it is always about them and their needs—they rarely make a genuine effort to appreciate you and what you bring to the table.