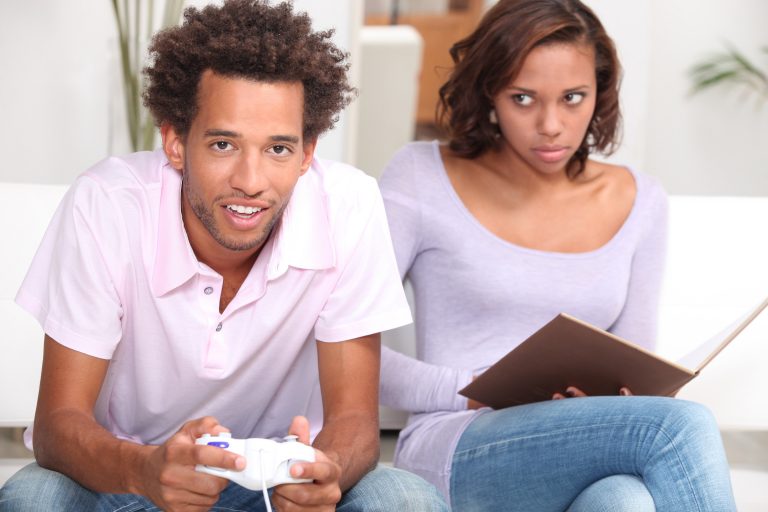 How often have you been going out with a guy and you think everything is going fantastic, except one day it seems like he’s a completely different person?

He doesn’t treat you the same as he once did, he doesn’t return your calls as quickly, his texts are short, and when he does talk to you, it feels like he is annoyed. Chances are, he’s lost interest in you, and you have no idea why.

This thing happens all the time, and it can be incredibly irritating. Here are five typical reasons why men lose interest.

They want to work for things and ladies, you should want them to work for your affection! Why? Because they’ll value any attention that you do give them that much more. Think about it. When you look back throughout history, you always see men boasting about big game kills like bears, deer, mountain lions and the like. You never see small animals like squirrels or rabbits, or animals that are easy to catch like turtles and the like. So if you’re always available, or you make it easy for him, he isn’t going to be interested in you for very long.

Unless a guy explicitly tells you that he wants a serious relationship, chances are he probably doesn’t. Women, on the other hand, are usually always looking for something serious. So when you just start assuming that you two are in a serious, committed relationship, you’re putting an expiration date on your relationship. Instead of telling people that you’re together, just go with the flow. Don’t put too much pressure on him and relax.

It’s understandable that you want to want to spend as much time as you can with your guy, but when you start demanding that he spend time with you instead of his friends, that’s going to be a problem. Not only that but when you dictate where you guys go on dates, what you’re going to do? It’s irritating. Oh, and heaven forbid you to be one of those women that try to tell him what to wear and other controlling things like that! With a controlling woman like that, he feels like he isn’t a man and that is something no man ever wants or needs to feel.

4. There is no spark between you two.

Romance and love are a two-way street. Simply because you adore him doesn’t mean that he will reciprocate those feelings toward you. And you can’t expect it to happen as quickly for him as it does for you. Sure, in the beginning, everything is all honky dory, but once the novelty of being with a beautiful woman wears off, he might not be able to appreciate you for your mind or care about your feelings. If that is the case, would you really want to be with someone who cares so little about you? We’re guessing not, and if there is no spark between you two, it’s okay because there are so many men out in the world that would appreciate you.