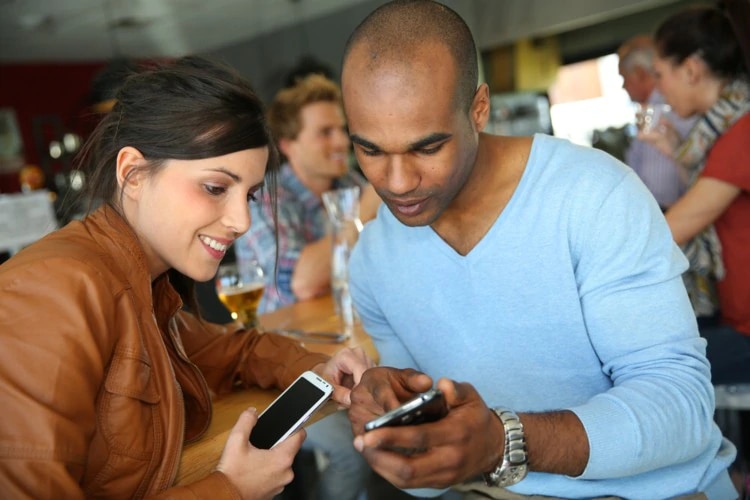 When you meet a woman that you’re attracted to, of course, you’re going to want to get her phone number. Except, the very thought of approaching her and uttering that simple question might fill you with so much anxiety, you chicken out.

Here’s how you can get over all that trepidation and get her number.

When you ask a girl for her number and use words like “Can I?” or “Is it alright? ” you’re letting her know that you’re the sort of man that needs permission to do things. Her subconscious tells her that you are someone that is so afraid of losing out and you need her approval. This type of behavior is something that she isn’t going to be attracted to.

2. Tell her to give you her number instead.

Instead of asking for her number, tell her that you want her number, and you’ll talk again soon. Now we aren’t saying you should be pushy and rude about it. Here’s an example of how you can get her number without sounding like you’ve been thinking about it. While you are in the middle of a conversation, say something like, “Real quick, let’s exchange numbers.” You don’t want to explain your reasoning. When numbers are exchanged, jump right back into the conversation. This works perfectly because she isn’t expecting you to ask for her number and since it is so out of the blue, she’ll be less likely to reject the suggestion.

In the midst of chatting with her or when you’re about to leave, come right out with it and say “Hey, what’s your number.” This is a calm and cool way to get her phone number without turning it into a question. You want to make it sound as much of a statement or even a command as possible. You want to say it with conviction like you know that she is going to give up the digits.

4. Give her your number instead.

Instead of trying to figure out how you can ask for her number, why not just give her your number instead? By doing this, you’re telling her that you’re confident, and you aren’t afraid of possible rejection. Also, since you’re putting yourself out there and taking a risk, you’re letting her know that you’re someone she needs to get to know, even though you’re fully aware that she may forget to call or lose your number later down the roads.

Some people just aren’t fond of talking on the phone, which is completely fine. If you are one of these people or you’re just running short on time, tell her to text you. Again, you want to say it with confidence in your voice, as you know, she will be shooting you a text later that night. Plus, when you’re texting, you can say you have to go and that you two should meet up soon for a date.