Home
Dating Blog
Online Dating
The Algorithms Say We are a Match, But Will We “Click”? 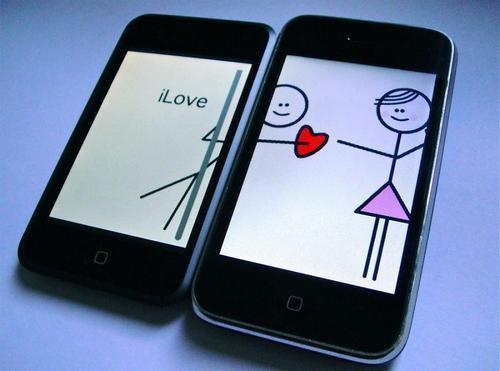 When you hear that a couple who is to be married met on an online dating site, you may think the couple in question would be embarrassed by this and refuse to let anyone ever mention it again. Ah, but that is certainly not the case, as the happy couple readily sing the praises of online dating and urge their single friends to try it as well.

A few years ago, if you would tell someone that you are going to meet someone that you’ve met on an online dating site, they would have a glimmer of disdain in their eyes while forcing a smile to form across their lips and they would be trying to change the subject. Now, however, it is the complete opposite, as people are intrigued by the prospects that come with online dating. People left and right are flocking to these sites in hopes of finding someone who makes them happy. Online dating, it seems, is the new normal. Be that as it may, we have to wonder how accurate is a computer which uses algorithms to match people together. Can it truly match you up with someone who makes your heart sing? There are thousands of dating sites that cater to specific demographics—all of which are hoping to find someone who compliments their lives. So these sites filled with gimmicks—chatboards, notes written by a members friend which are meant to be a glowing endorsement, virtual gift-giving…

One website, eHarmony, foregoes all of these bells and whistles and bases their matches on an extensive patented online questionnaire which uses that algorithm to match you with people who you’re most likely to have a long and satisfying relationship with. The questions are pretty standard and somewhere further into the 250 question long questionnaire, it gets to the heart of things. The computer judges you and searches for a match. Just imagine how devastating it is to see that there are “no appropriate matches” for you. Dr. Gian Gonzaga is the head of research for the popular dating site. “Compatibility is something that people don’t see,” says Gonzaga. “You don’t know where the conflicts are likely to come when you first start in a relationship, because a lot of people haven’t been there. I haven’t been married for 30 years, for instance – so I don’t know what’s going to be important 30 years from now.”

He goes on to say: “If we match you with someone, it’s because you share the same characteristics in the same ways that the happiest married couples we’ve interviewed share. The more something impacts relationship satisfaction – having the same faith, say, or being a similar personality type – the heavier they’re weighted in the algorithm. It’s like walking into a party and instead of having to talk to all 100 people, here are the 10 you should start with, the ones you have the best chance to get along with in the long haul.” So in essence, the site can help you find your match based on what you have in common (which is a very good basis to start a relationship with, of course), but it is up to the people involved to truly make the connection. While you may both come from the same religious background and have the same goals in life, your personalities just may not meld well together.

Do algorithms work? Sort of, but the real work is up to you.