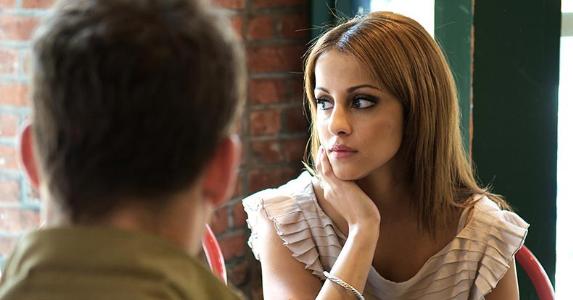 Sometimes you agree to go on a date with someone, only to think better of it later. Here are some creative ways people have gotten out of a date.

Okay, while this isn’t that creative, it is a sure fire way to get a pass on skipping out on a date. Keep in mind, this particular excuse will only work if you have to drive somewhere and public transportation isn’t an option. Also, be wary of using this because your date may offer to pick you up. So use this with caution!

We’ve all been in a situation where we’ve been single for a bit and we think we are ready to start dating again, only to come to the realization that we aren’t ready to date at all. Because this is such a common scenario, the other person won’t question you. You can tell them that you don’t want to treat this date as a rebound because they deserve much better than that. It sounds like a considerate thing to do, right? We thought so too!

Depending on what you do for a living, this could be a legitimate excuse. Sure, the other person will probably be a little disappointed, but they’ll understand because work is important. Just make sure the person you were supposed to go out with doesn’t work with you or with someone you know. That, would be awkward.

Some would say that by saying something like this would be creating bad karma and you could very well get arrested, it is still an effective out to a date that you don’t want to go on. Besides, who would really demand to see a mug shot? Should they ask you what you were arrested for, it depends on if you want to see the person again or not. If yes, you could say that you had an abundance of parking tickets. If no, say that it was public indecency or something petty but still cringe worthy.

This option could turn out two different ways depending on what you say. If you are interested in the person but you just didn’t feel like going out that particular night, you could say you had a dinner date with your friend who was visiting from out of state… Or if you don’t want to see them again, you could say you had another date lined up.

Sometimes we all need a bit of liquid courage when going out on a date, especially if it is a first date. You could tell someone that you don’t want to drive because you had too much to drink because you were so nervous to go on this date. Depending on who you say this to, they may not care and offer to come to you, so be prepared for anything.

Stuff happens and if your date has any scruples, they won’t give you the third degree if you cancel because of a family emergency. Hopefully, this will result in understanding and maybe even a second chance to go out again if you so desire.