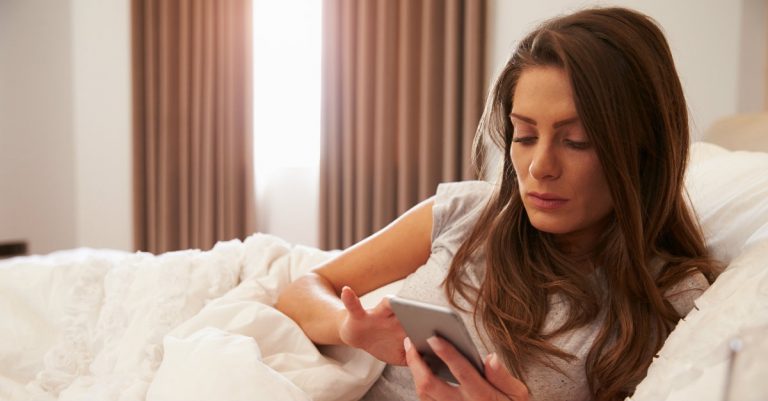 One of the most confusing things about texting is what to think when the guy you’re into suddenly stops texting you, or takes longer and longer to respond, and it’s not like they are lengthy responses—they are short ones like the all infuriating “K.” Why do men do it and what is a woman to do?

Well, simply put, the primary reason men stop texting out of the blue is because it isn’t fun anymore for them. Responding to your messages has started to feel more like a chore rather than something he wants to do. In short, the mood has changed. When your mood, well-being, and even your sense of happiness relies on whether you receive a text from this guy, he can pick up on that and it’ll make him not want to text you.

Proactive Instead of Reactive

Another reason men stop texting is because you are either being proactive or reactive. When you are being reactive, you’re going to be hurt or upset if/when he doesn’t respond. When you’re proactive, you’re not granting him the power to make you feel upset.

Still confused? Let’s use this as an example. You two have made plans to meet up, but you had a question you needed to ask him, but he never responded. Your reactive response would be to get angry and flood his phone with angry messages. A proactive response would be to make alternative plans that don’t include him. That way, if he bails on you, you aren’t stuck at home.

Another example of how you can be proactive in a situation is by making a decision for him. For example, let’s say you are making dinner and you want to know if he’d rather have mashed potatoes or rice, but he doesn’t answer. You decide for him and make mashed potatoes. If he complains, you can say that he should have told you what he wanted.

Find Quality in the Relationship

You should keep in mind that a relationship is less about the title, the amount of time you spend together, or anything else. Instead, it is more about the quality of the bond you two share with one another. This quality time is what matters and it is what keeps you together.

It all boils down to having a strong connection and always trying to make sure the other person is in a good mood. If there is a problem in the relationship, both people are willing to work it out and try to make things better for the other.

Sometimes, this even means having to make decisions that don’t leave you hanging and you aren’t left simmering in resentment or anger while you’re waiting for the other person to respond.

You shouldn’t feel bad for making your mood a priority. In a way, your partner should be glad that you are being proactive and doing what makes you happy. When you’re happy, you are making it that much easier to love to thrive in your life.